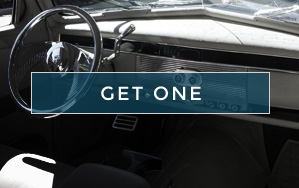 June 13, 2016 (0) Comments
By: [email protected]
New, old, newish old or oldish new, we love working on them all. Here's another example of an absolute gem, this Canadian car has never seen a...
Read More

November 25, 2015 (0) Comments
By: [email protected]
This bird is hybernating for the winter now and is stll for sale! This car belongs to a customer of ours who's looking to part with this beauty....
Read More

November 25, 2015 (0) Comments
By: [email protected]
Saturday June 6th, first day of the 2015 Fleetwood Country Cruize In and what a beautiful day we had, couldn't have asked for better weather, sunny...
Read More
[ View All ]
Back

Here's another great example of a car worthy of resurrection. This is a 1975 Hurst Oldsmoble W30, General Motors only made approximately 1,193 W30's in 1975, about half were white and the other half black. The W30 carries the 455ci big block engine (while the more popular W25 has the 350ci engine) and at the time, with heavily imposed federal emission regulations, the addition of a catalytic converter with single pipe exhaust, very low compression (8.5:1) and a lean carburetor set up these engines were constricted to say the least! Imagine jogging with a pair of sox strapped to your face...you get the picture!

Now with todays technology it's possible to make these old powerplants way more efficient, even with the stock carburetor! Strap on electronic ignition, improve the breathing and fuel mixing characteristics of the internal components, electronically tune the carb circuits(internals) and add an unrestrictive high flow catylitic converter and there you have it. An old engine that more efficiently uses every drop of gasoline, resulting in lower emissions and a much more enjoyable driving experience (for those inside, and behind the car!!). Not to say all this is as easy as dropping a hat, just that the industry is leaps and bounds compared to where it was in 1975...might as well have been the dark ages where internal combustion efficiency is concerned. Our electronic tuning equipment and abilities at SGC are well beyond what was available when these cars were new.

Well enough tooting of our horn and lets shift gears to this project as a whole. This customer, as most of our customers are, is a real car guy. Working with a car owner such as this is truly a blessing and let me explain why. Here at SGC we are passionate about cars, our passion extends to the physical act of deconstructing and building cars from every nut and bolt on up into something, we like to think, is better than and more striking than when the car was new (especially with our customs;). What we don't have is half a lifetime of researching and admiring every single aspect of every single car on the planet! In comes the car guy, the individual who has formed a deeply rooted bond with a particular make and model of car...maybe their uncle or neighbour had one when they were a kid, maybe they saw an AD in a magazine then cut it out and taped it to the wall in their bedroom, maybe that car was in a movie and the combination of sight and sound resonated with every fibre of their being...what ever the reason may be, the common thread is a deeply rooted love and passion for a particular year, make & model of car. And with this bond a thirst for knowledge about all aspects of this particular car emerge, some may consider this gathering of information trivial. We see it for what it is...an asset. Typically nothing beats the knowlege a car guy has about his own car, and this is where the restoration process becomes interactive and really allows an owner to be part of the reconstruction of their car.

At the beginning of this project I posted a video on facebook of this partially dismantled W30 asking for guesses as to what it was. A few days later I revealed this car with a posted picture I found online of an assembled car. The owner of this project car later came to me and informed me that the picture I posted was of a clone and not a true W30!! Was I embarressed, not at all! This is how a real car guy (or car girl:) can be a real asset, and integral part of the ressurection of their treasured vehicle.

Now on to the car. This particular vehicle seems to have had quite an interesting life, from bullet holes in the trunk, to an incredibly low mileage of 37400mi !! Verified by tearing down & measuring internal wear of the numbers matching powertrain, and the fact that the car still adorns its original factory paint! Even though, attempting to accurately estimate the cost of restoration without thoroughly dismantling every aspect of a vehcile is like looking into a crystal ball. Needless to say a massive project such as this requires a certain level of commitment. Having said that, nobody (including us at SGC) likes surprises when it's time to pay the bill. Our solution is to evalate a vehicle piece by piece without committing to a course of action for any given part of a project until the entire vehicle has been dismantled and evaluated. This allows a complete overview of the state of a vehicle, a budget to be set, and then an individual plan of action for each aspect of the vehicle based on the established budget. This in turn equates to...no surprises!!

Currently on this W30 project the car is turn key running with only the interior and final assembly remaining, it'll be tearing up the road in no time!!

Check out some more pics of this car on our facebook page!